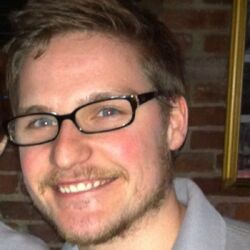 Tim "My Brand" Lanning is a current player on the Greetings Adventurers podcast on the Geekly Inc. network (and its sister podcast, Random Encounters), and currently plays Toby Treacletart. In addition to being a podcaster on many shows, he also co-founded Geekly Inc, along with Michael DiMauro, the Thrifty Nerd himself. He is also a co-host on Dear Internet.

Retrieved from "https://dndpodcast.fandom.com/wiki/Tim_Lanning?oldid=1890"
Community content is available under CC-BY-SA unless otherwise noted.