Jaela is a Deva Paladin played by Nika Howard. Jaela was first introduced in Episode 81 - The Live Show. She is from a city called Yangahr in the Far East continent.

Following the events of the Demon Apocalypse, Jaela is now an adherent of The Raven Queen, the goddess of Death.

As a Deva, Jaela has regenerated countless times, remembering parts of each past life every time she is reborn. Her current body is only about 3 weeks old when we meet her. 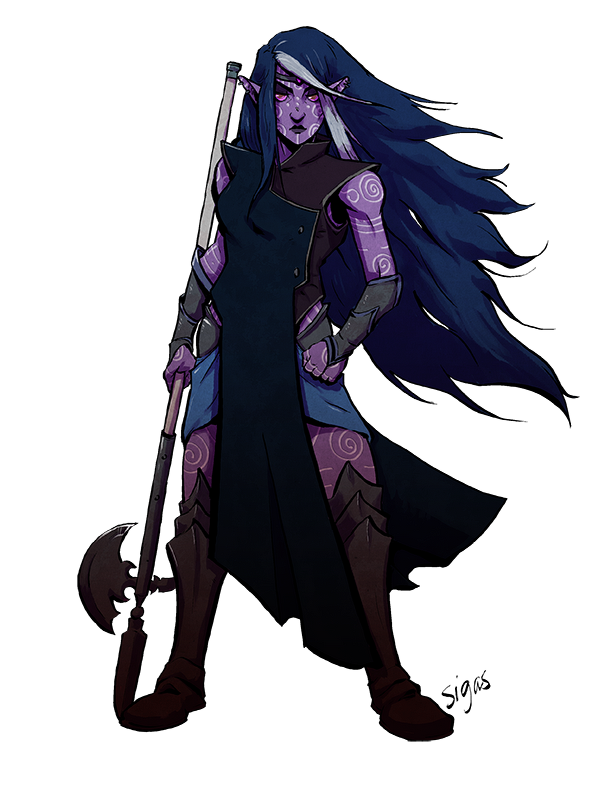 Jaela was an Adherant of Erathis, sent to the party after they fucked up real hard and accidentally caused the demon apocalypse.

Thom the Dragonborn and Jaela were totally bros.